The best in innovation and entrepreneurial cooperation between Estonians and Americans was celebrated on January 27, with TransferWise taking home the prize for the 2016 Estonian American Innovation Award. Teleport received the Most Innovative Newcomer Award and Garage48 received the Facebook Creativity Recognition Award!

“These awards are a great way to honor the innovative spirit that connects the U.S. and Estonia. And I hope this inspires more people and companies from our two countries to work together to create the next big thing,” said U.S. Ambassador to Estonia James D. Melville. He was joined at the ceremony by Estonian Minister of Entrepreneurship Lisa Oviir, President of the American Chamber of Commerce Estonia Andrus Alber, Baltic American Freedom Foundation (BAFF) board member Andres Trink and Facebook’s head of Public Policy for Central and Eastern Europe Gabriella Cseh.

Our special keynote speaker this year was the Chief Disruptor of HP Andrew Bolwell from Silicon Valley. Andrew raised such interesting and thought-provoking topics as Hyper-Mobility, the Internet of Things, 3D Transformation and Blended Reality. In his speech, he has also talked about the mega trends that are seen in the future of innovation and how our lives could be different in just a few decades should the techlogical progress continue at the same pace.

Following the speech, the award ceremony began with recognizing all the finalists and unveiling the 3 award winners.

The main prize this year wen to TransferWise! As recipient of the Innovation Award, TransferWise will receive a prize of €10,000 euros from BAFF.

Teleport, the newcomer winner that builds software to help people find the best place for them to live and work by providing knowledge, such as costs associated with extending their startup’s runway, finding like-minded people to build with, tax and regulatory environment and more, will collect a €5,000 euro prize from BAFF.

Garage48 was selected by Facebook for the creativity recognition award for its Trafficking In Persons Garage48 hackathon, conducted in partnership with the U.S. Department of State. The event gathered 60 participants from 10 different countries to use technology to tackle the scourge of human trafficking. For the group’s work, Garge48 will receive a €2,000 prize from Facebook.

Other finalists for the Innovation Award prize this year included Cybernetica AS, Skeleton Technologies AS, Teleport, and Testlio.

This was the 5th annual competition that was initiated in 2011 as a cooperative project of AmCham Estonia, the Baltic-American Freedom Foundation, and the U.S. Embassy, and recognizes innovation by Estonians in partnership with Americans in a broad range of fields. 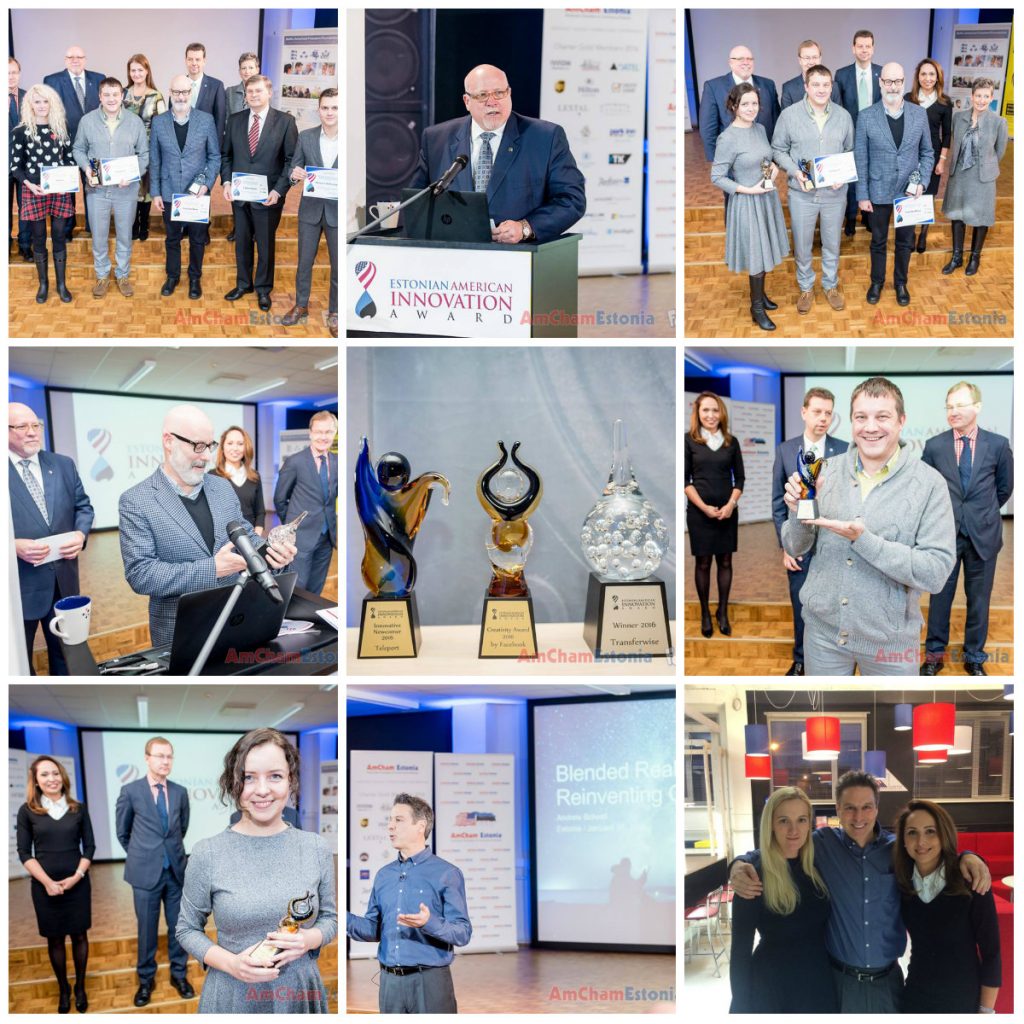