On April 7, over 70 AmCham members gathered for the Annual General Meeting 2016.
The agenda for the AGM was very ambitious – in one hour we shared the recap of the year 2015 with facts & figures, financials, advocacy & policy reports by committee chairs Elvira Tulvik, Maris Leemets, Kathleen Naglee, Bart Westerhout and Martin Lään. Also, AmCham members approved the Annual Report 2015.
From there, we introduced plans for 2016, including new members in 2016, staff changes, AmCham programs and projects for 2016 – Women in Leadership Program, Trade is Key, US Trade Mission, Fund-Raising.
One of the most important parts of the meeting was the election of the AmCham Board for the 2016-2018 term. Each member had a chance to cast their vote and based on their votes, the new Board members are:

They will serve the Board together with Mihail Burõhh, Indrek Laul, Kathleen Naglee, who are already serving for the 2015-2017 term.

We were truly honored to have the US Ambassador to Estonia, Mr. Jim Melville as our keynote speaker at the event. Not only he addressed the topic of “Transatlantic Security and Economic Relations”, but also shared his previous work experience and reasons of coming to Estonia.

The meeting ended with a special performance by Teele Rebane – the winner of the ESU Public Speaking Competiton. Teele is only 17, yet her presentation skills were just fawless. Amazing!!

A special recognition and huge thank you goes to AmCham Premium Partners 2016 – TransferWise, Coca-Cola Baltic States, Microsoft, Law Firm LEXTAL, Amway International and Raytheon. We truly thank you for being with us and supporting us!

We also thank all the members who came out and contributed to AmCham success by casting their votes! Your votes are very important to us!

A special Thank You to our meeting secretary – Britta Oltjer, from Aivar Pilv law office! !! As well as to our event host – e-Estonia Showroom, located in Ülemiste City. A great venue for showcasing the best that Estonia has got to offer. Thank you for having us! 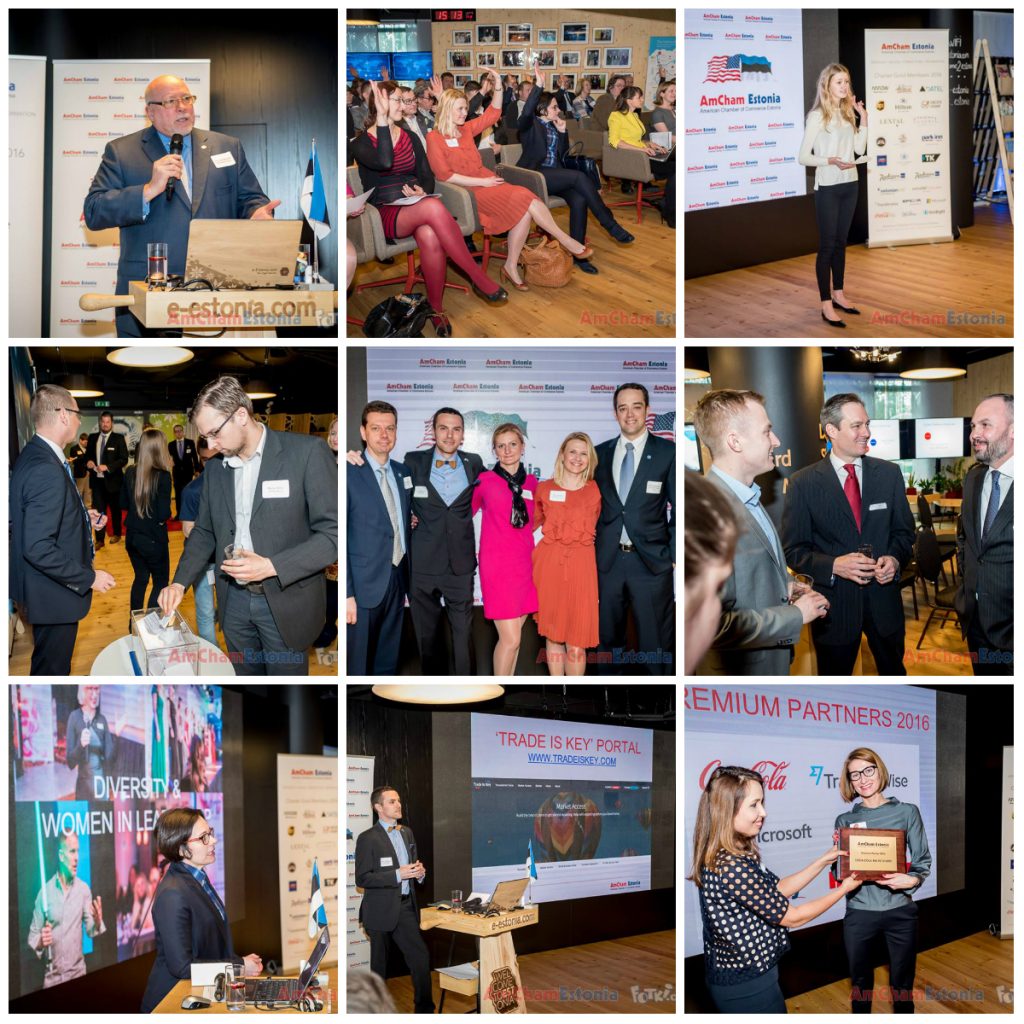