On September 2, over 130 AmCham members, partners and invited guests came together to attend the 11th Annual Meeting with the Prime Minister of Estonia, Taavi Rõivas. As per our good tradition, the event was held in the Ballroom of Swissotel.

This year Taavi Rõivas concentrated on the current economic situation in Estonia in comparison to the situation a decade ago, and also budget preparation process.

Clearly, Estonia has progressed and for example the wages increased by 46% and the employment rate in the labor market increased from 58 to 65% compared to 2005. The GDP increased only by 1/5, but it must be taken into consideration that this period includes the deepest global economic slump since 1930s, which hit the Estonian economy hard.

PM Rõivas also stated that current economic growth in Estonia can be compared to a pedestrian speed at the moment and can be definitely improved.

Estonia has a great global ranking when it comes to innovation impact and technical progress, however it does not satisfy Estonians and they will definitely try even harder to reach the top level.

Mr. Prime Minister also mentioned the recent news about TTIP negotiations being stalled, but stated that he feels that politicians on both sides of the Atlantic are still very interested in continuing this discussion.

Also, we are very glad that Taavi Rõivas mentioned AmCham being a great lobbying organization in business sphere and encouraged AmCham to continue with its strong advocacy approach when it comes to the business climate improvement.

After the speech there was time for Q&A which were perfectly handled by the Prime Minister and after the session all participants had a chance to mingle and enjoy a delicious lunch. 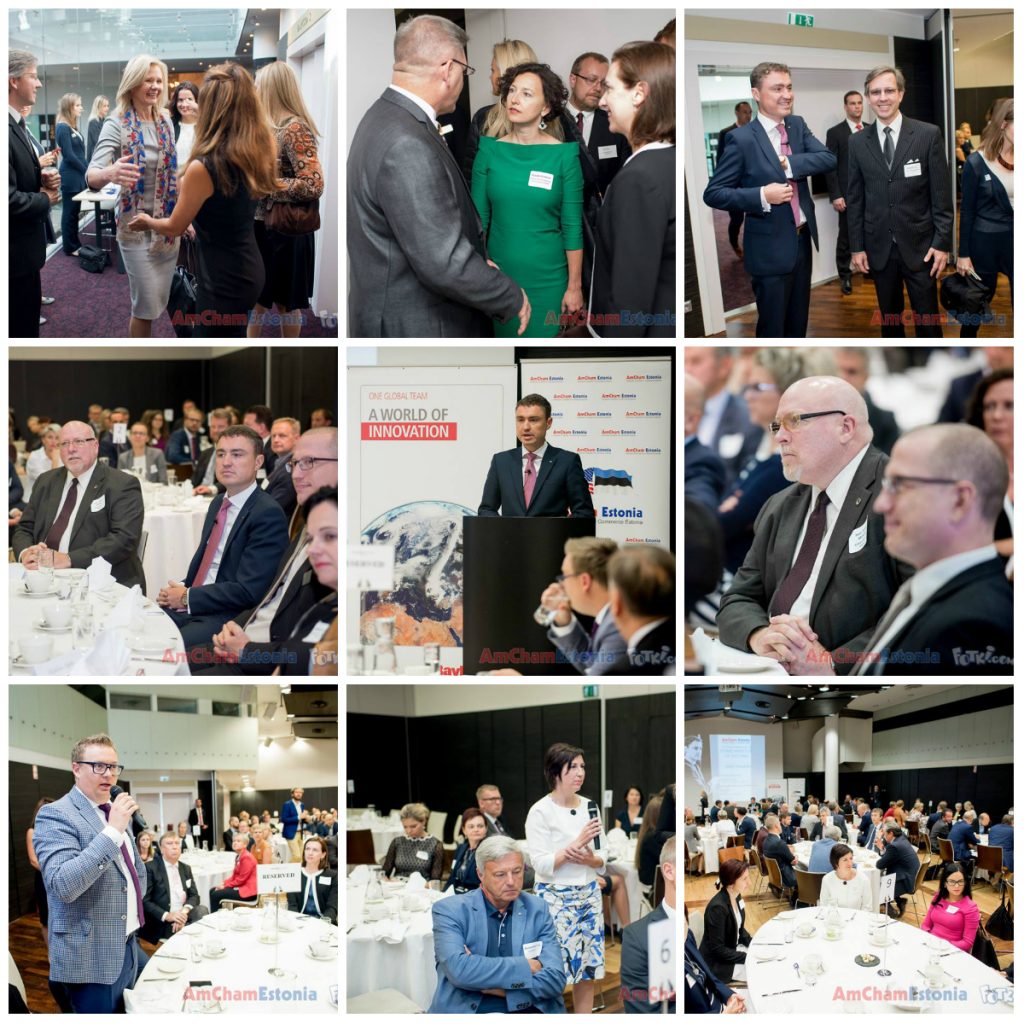