AmCham in Cooperation with the U.S. Embassy Get the Insides from the Expert on the Presidential Elections

On April 20, AmCham members, partners, as well as invited guests gathered in Estonian Business School for an exciting presentation and discussion about the Race for The White House – the U.S. Presidental Elections 2016.

This year, on November 8, the Tuesday after the first Monday of the Month – as it has been since 1845, the people of the United States will elect their new President. The tensions are high, as we might soon meet America`s first female president, or maybe even the first president, who has no former political experience. Who will that be, what has been happening until now, and most importantly – what`s going to happen next?!

Indrek Laul, AmCham`s newly-elected President opened the event and welcomed all the participants, after which Nicole Johnson, the Economic Officer of the U.S. Embassy Tallinn gave us a brief, yet very informative overivew about the electoral system of the United States. Nicole covered basic election procedures, for example: who can run for President, who has the right to vote, what does Electoral College mean and what do „swing states“ actually mean.

After Nicole’s presentation, the particpants from within the walls of EBS, as well as participants located in Tallinn University, Tartu University and Narva Colleges, turned their eyes to the screens and had a chance to hear the insights from the US expert live from Washington DC!

Betsy Fischer Martin, an Emmy award-winning journalist and former television news executive kindly shared her time with us live from DC to give a very detailed overview of the election system as well as answer questions from the participants.

In July, conventions of both parties (the Democratic party and the Republican party) will be held in Cleveland (the Republicans) and Philadelphia (the Democrats). During the conventions , hopefully one last candidate of each party, will be elected as a chosen nominee for the elections. For this years` elections, 17 republicans started the race, and by now they are down to 3 most powerful ones: Donald Trump, Ted Cruz and John Kasich. The Democrats started with 5 candidates and by now they are down to 2 – Hillary Clinton and Bernie Sanders.

During the last part of the event, Andreas Kaju from META Advisory known as the local expert on US elections held an open discussion about the current situation. Thoughts and comments were shared, including if and how the elections will affect Estonia. 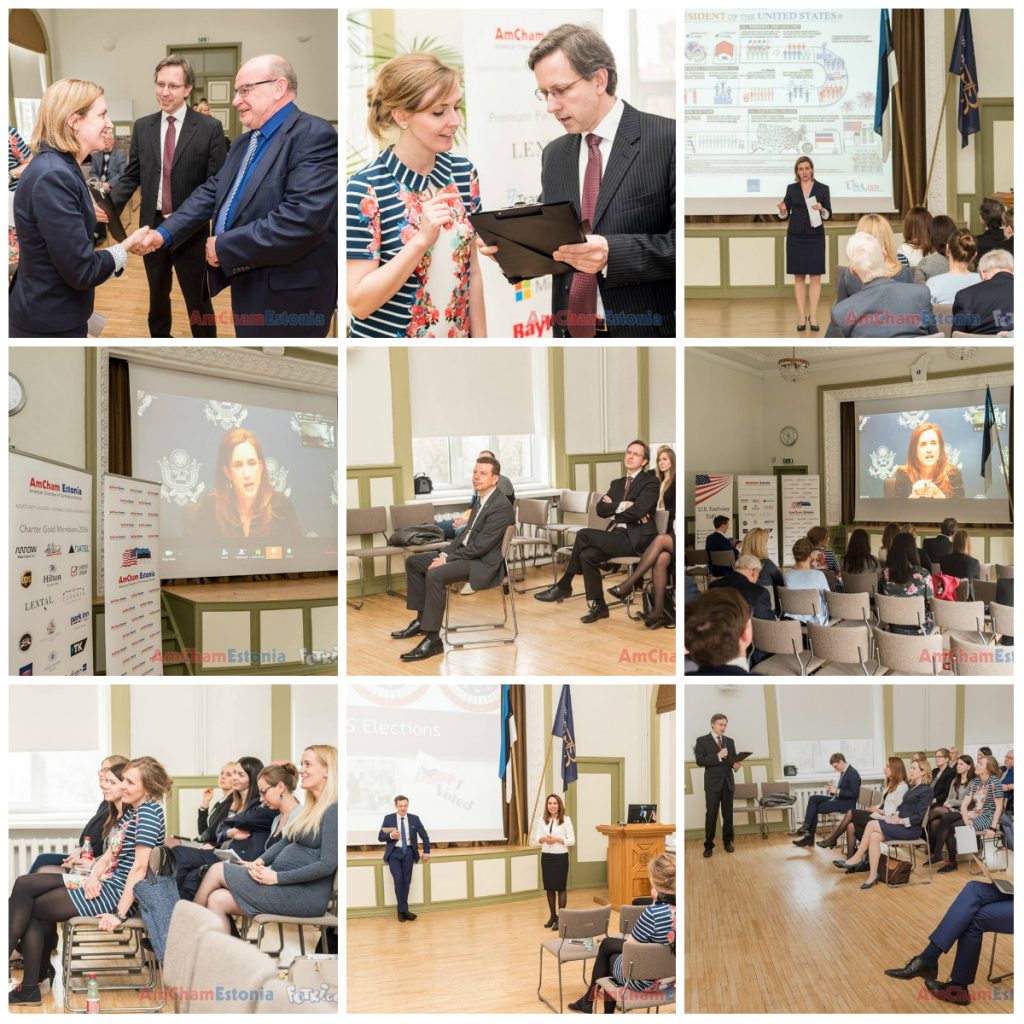