August Company Visit and Mixer: The Port of Tallinn 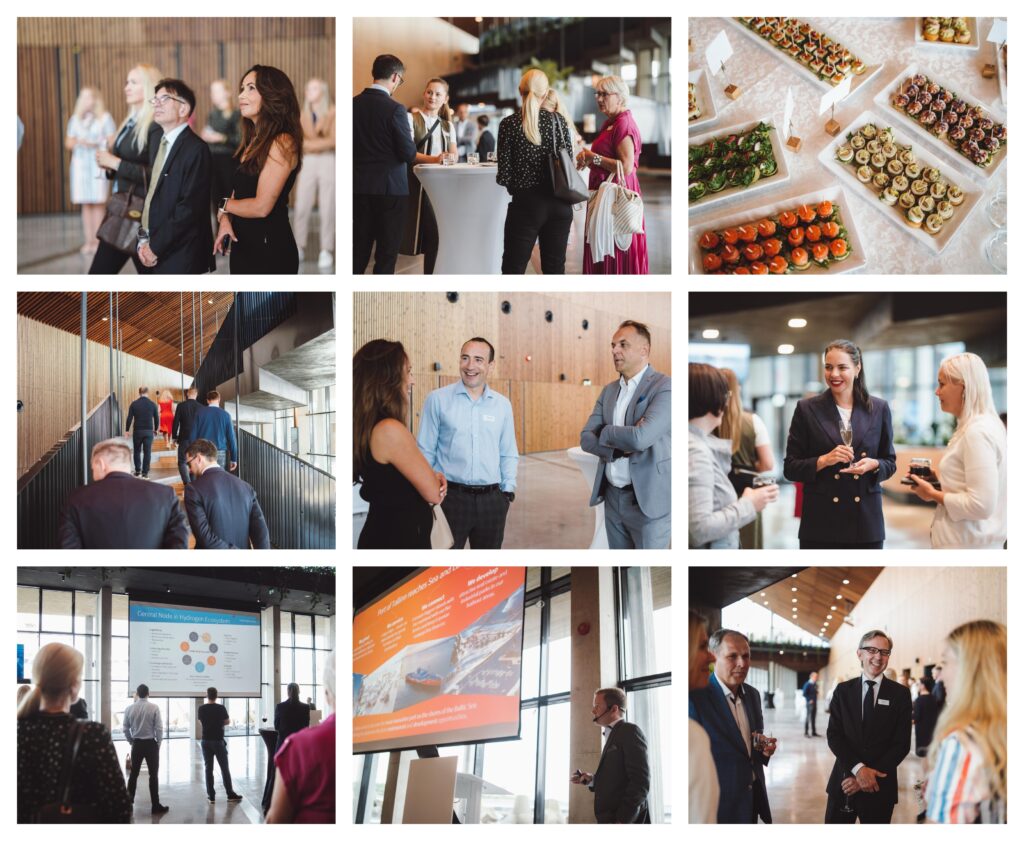 On August 18, AmCham Estonia members gathered for the first event of the Fall season – August Mixer at the Port of Tallinn!

The event was organized together with BECC (British Chamber of Commerce) and the Port of Tallinn. And is there a better way to kick off a new business season than gather members at the beautiful brand new cruise terminal? We are  extremely thankful for the opportunity to be the first external delegation to the new terminal!

The event began with an opening by Amcham President Mr. Indrek Laul, followed by the board member of BECC, who thanked everyone for organizing the event and said that hopefully, we are able to do even more together.

At the beginning of the event, we also had special greetings from the CEO of the Port of Tallinn Mr. Valdo Kalm, who were thankful and super excited to show their new building to our members. He also mentioned that we are the very first guests in their new building. In his speech he mentioned how important is to use green energy, and how the Port of Tallinn is moving in this direction: solar panels on the building, heating comes from the sea and etc. Their main goal is to be the most innovative cruise terminal in the Baltic Sea!

His speech was followed by a very interesting presentation about the “Passenger + Cargo business developments followed by some examples of future trends and opportunities that we see for ourselves and our region as a whole” that was led by Mr. Rene Pärt, Business Development Manager of the Port of Tallinn.

The official part was followed by a guided tour of the newly opened cruise terminal. The guide spoke about the architecture and their future plans. The event ended with an opportunity to network while enjoying the wonderful snacks and the beautiful view of the sea.

We want to thank our event host the Port of Tallinn for helping us organize this interesting event in such a beautiful location! A big thank you to our second sponsor Coca-Cola Baltics for delivering drinks to our event and of course, our members who attended the event! We also want to thank BECC for the collaboration, until next time!