From the time the second person on earth mixed some chile peppers with meat and cooked them, the great chili debate was on; more of a war, in fact. The desire to brew up the best bowl of chili in the world is exactly that old!!!

Did you know that Chili originates from San Antonio, Texas?.. At least one of our jury members John Sullivan claims it does! But what can you expect when you ask a Texan about chili?

On August 24, over 90 AmCham members and partners came together to …kick off the new business season and find the best chili recipe diligently created by 9 different teams! All contestants made a huge effort and have put up amazing stations with authentic decorations, costumes, complementing drinks and garnishes, and of course – delicious chili! We were truly blown away by the level of preparation of all teams! It was absolutely amazing!

Our jury team, which included Indrek Laul, Nicole Johnson, Wade Stokes, Nele Normak and the real chili guru from TEXAS– John Sullivan, had to make very difficult decision and had to choose the best of the best!

Also, our tasters did a great job attending to all stations and trying out all variations of this spicy dish (some of them were super HOT!!!) and picked their own favorite!

Before announcing the results, John Sullivan gave his professional comments on all the chilies and shared some spicy tips on cooking one!

When it came down to counting the votes, all teams were very close, but in the end, our good friend, Texas Honky Tonk & Cantina with their BBQ Chili took the first place! Our tasters voted for Ivan Munoz and Carol Ojasoo-Munoz and their SLAPSLOP Chilicious chili to be the People´s Choice. Coca-Cola team with their Jack & Coke chili took home The Best Presentation award.

We would like to thank everyone for participating in the hottest event of this season! Special thank you goes to Transferwise and their team for hosting and contributing to the event! We would also like to thank Coca Cola for sponsoring the soft drinks and Paulig Group for providing us with Santa Maria chips and gifts for all the contestants.

And of course we would like to thank all the teams, who took their time to prepare the chilies and even more time to prepare all the details, which made this chili cook-off experience so wonderful! 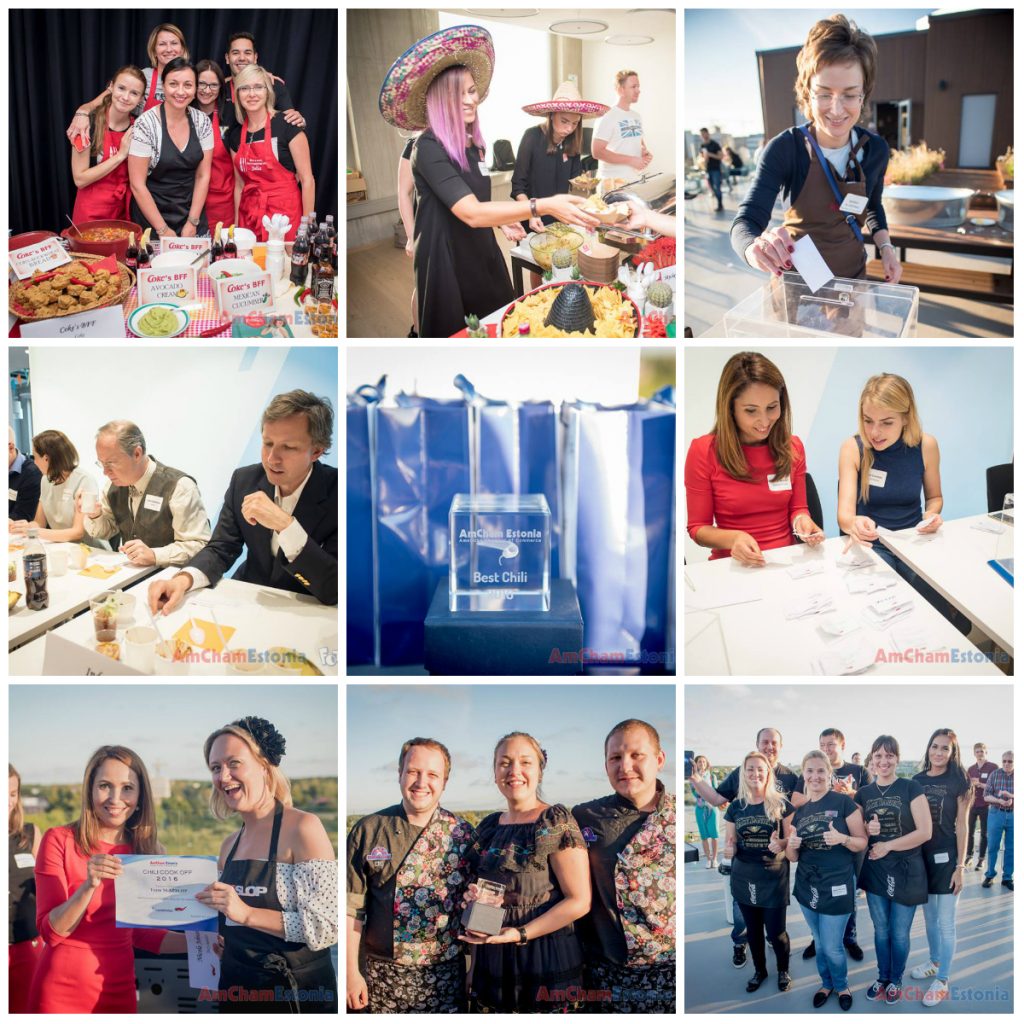