Women in Leadership Luncheon: The Times of Crisis 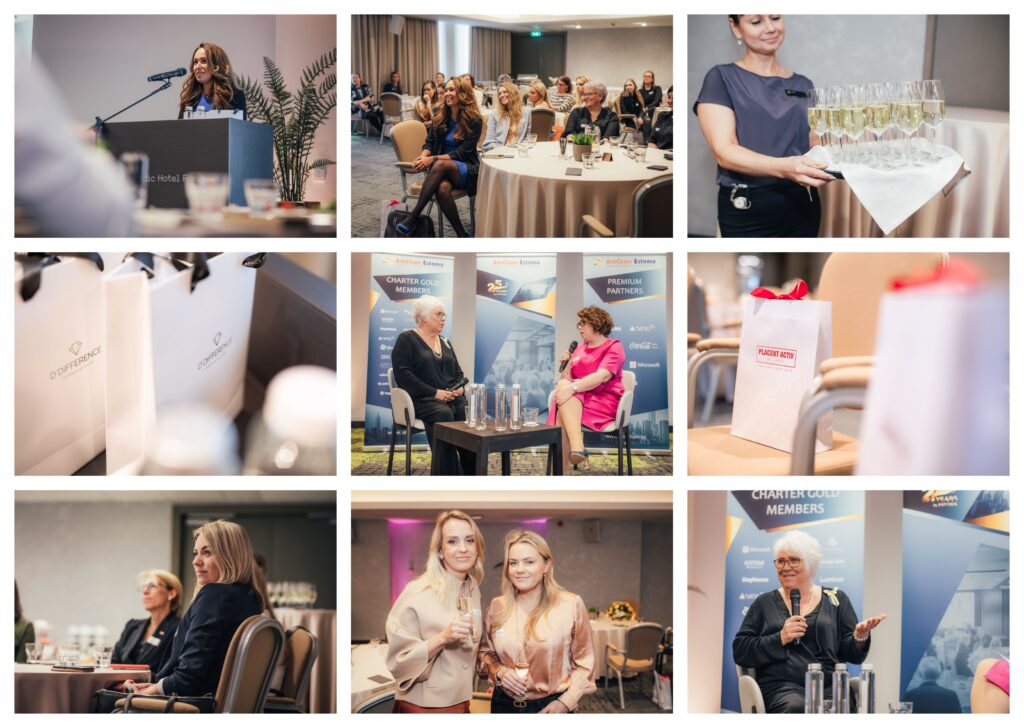 On April 14, AmCham Estonia opened its  in-person event season with the AmCham Women In Leadership series luncheon devoted to the topic of  “Leadership in Times of Crisis”.

While gathering at the Nordic Hotel Forum conference center, everyone had a chance to enjoy an amazing buffet lunch served before the official speaker program. We sincerely thank Nordic Hotel Forum for the great service and food, and of course for a very special surprise – a glass of champagne for each participant!

The event was opened by the chamber president  Dr. Indrek Laul, who introduced all the event speakers and thanked everybody for coming to the event.  His speech was followed by the chamber CEO  Daria Sivovol, who extended a special thank you to the event partners and supporters – Coca-Cola Baltics, Placent Activ Milano, and Chemi-Pharm. All three companies are led by female managers!

The speaker program continued with a fireside chat with  MEP Marina Kaljurand moderate by AmCham board member and founder of the MLR Strategies  Megan Riley.

Marina spoke about her career as the Estonian Ambassador to Russia, how she was the only woman surrounded by only male colleagues, and how it affected her career as an ambassador. She gave an overview of how Estonia got savvy when it comes to cyber security via the events in 2007  and how it has changed the importance of the cooperation between governments and the private sector.

Many topics and issues have been raised and discussed during the event and it was evident that these types of events and discussions are very much needed in Estonia.  We want to thank our members for being so active and open during the event!

In the end, all participants were left with a task to find and watch the following 2 videos: Hillary Clinton’s concession speech from 2016 and Emma Watson’s address to the UN.

At the end of the event, everyone enjoyed their dessert and champagne and had time for networking.Once again, we want to thank all our members who came to the event, Nordic Hotel Forum, and all the sponsors! It was so great to see everyone finally in person!